A ‘Chartreuse’ in all but color.

The developer of this project wanted it to resemble a traditional type of small French chateau, a ‘Chartreuse’. At over 7,000 square feet it wasn’t so small but we later suggested it be called ‘TGV’ (Tres Grande Vitesse) for the speed with which it was built (less than a year) and sold (two hours on the market). The home was built by master craftsman George Adair, who managed to install the partial basement just a few feet from towering redwood trees. The auto court at the front of house and the landscaping designed by the owners give it a real European appearance. 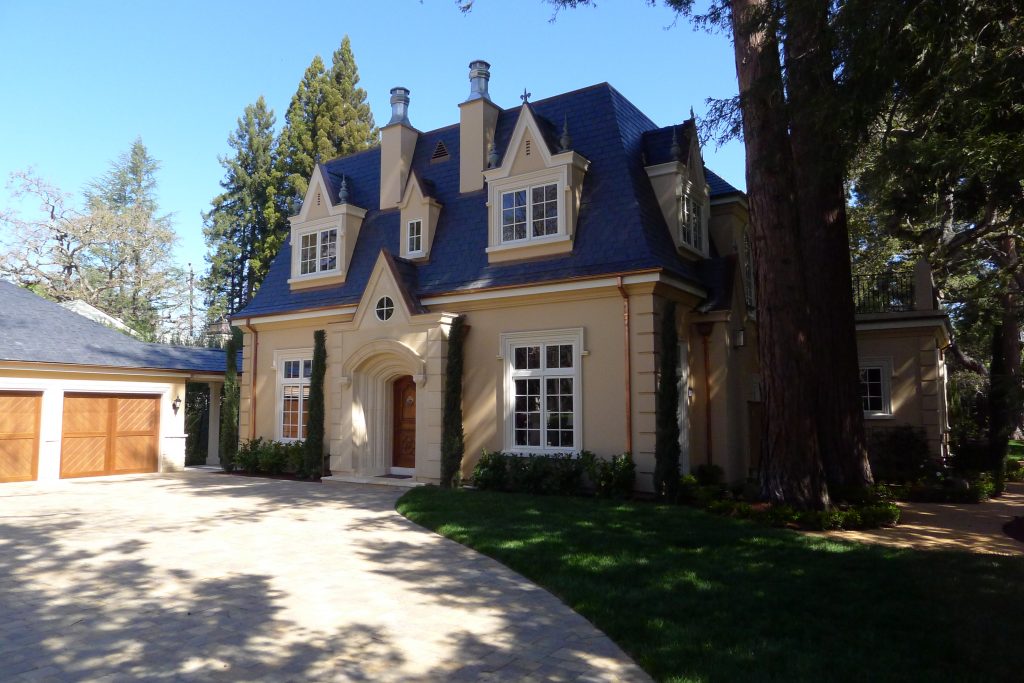 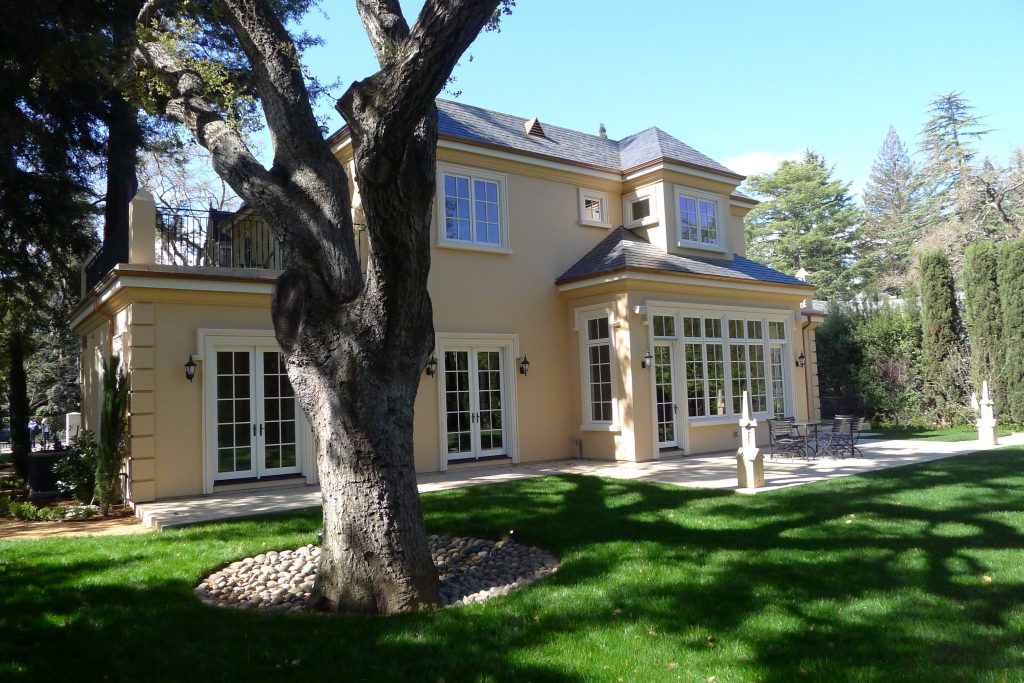 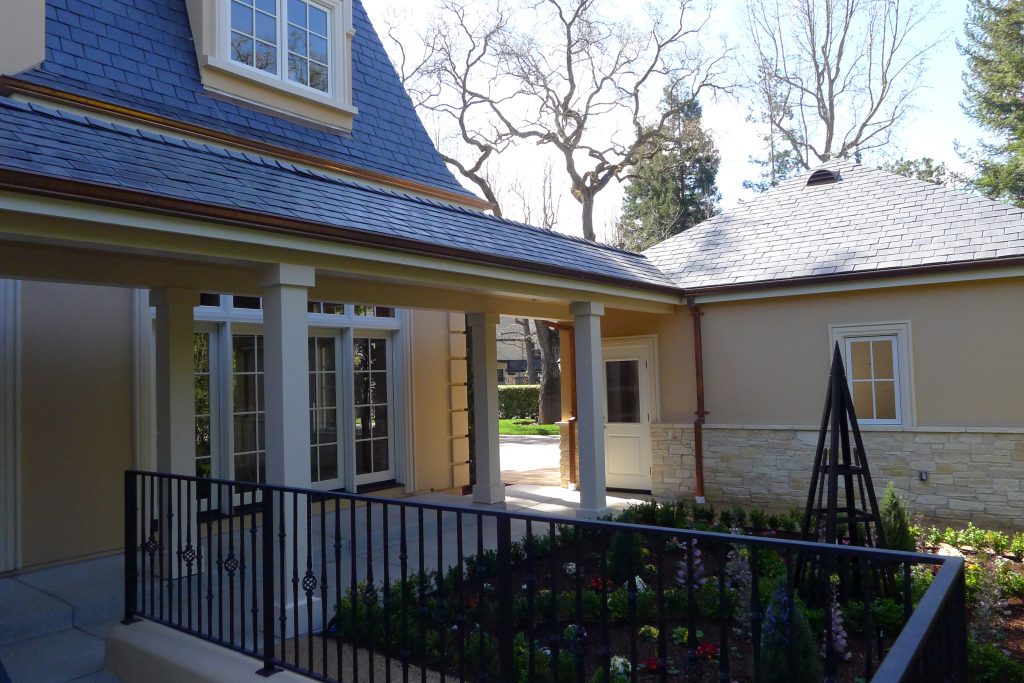 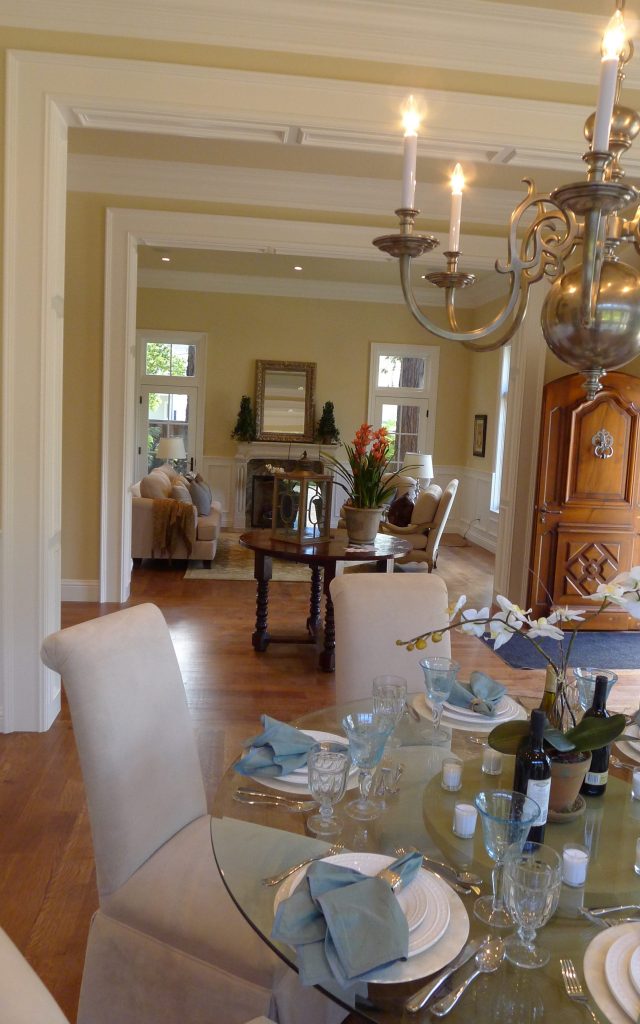 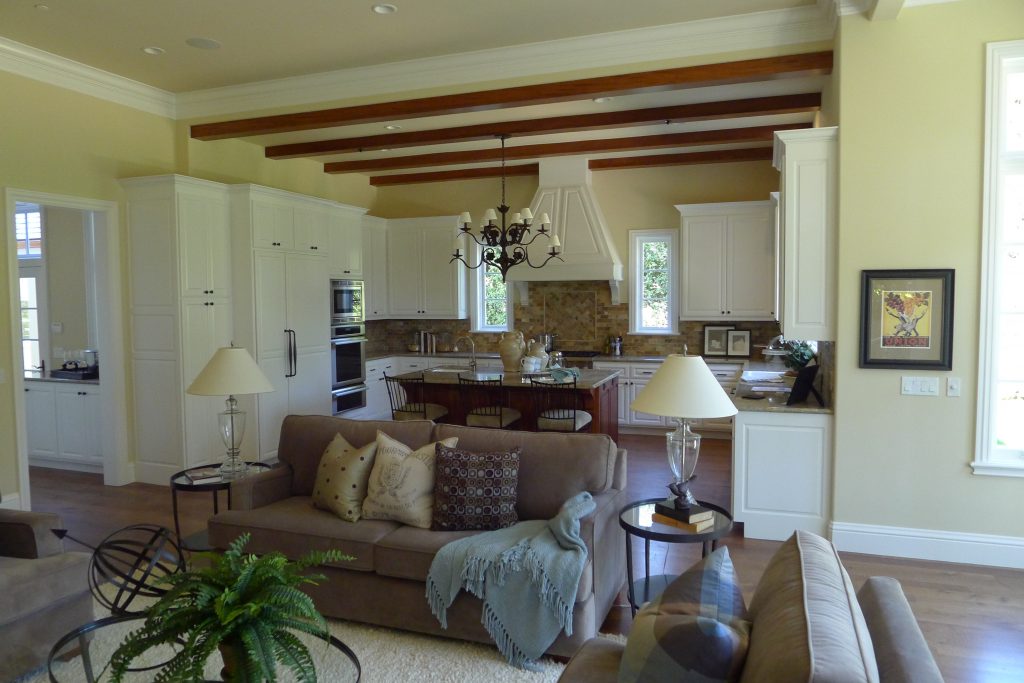 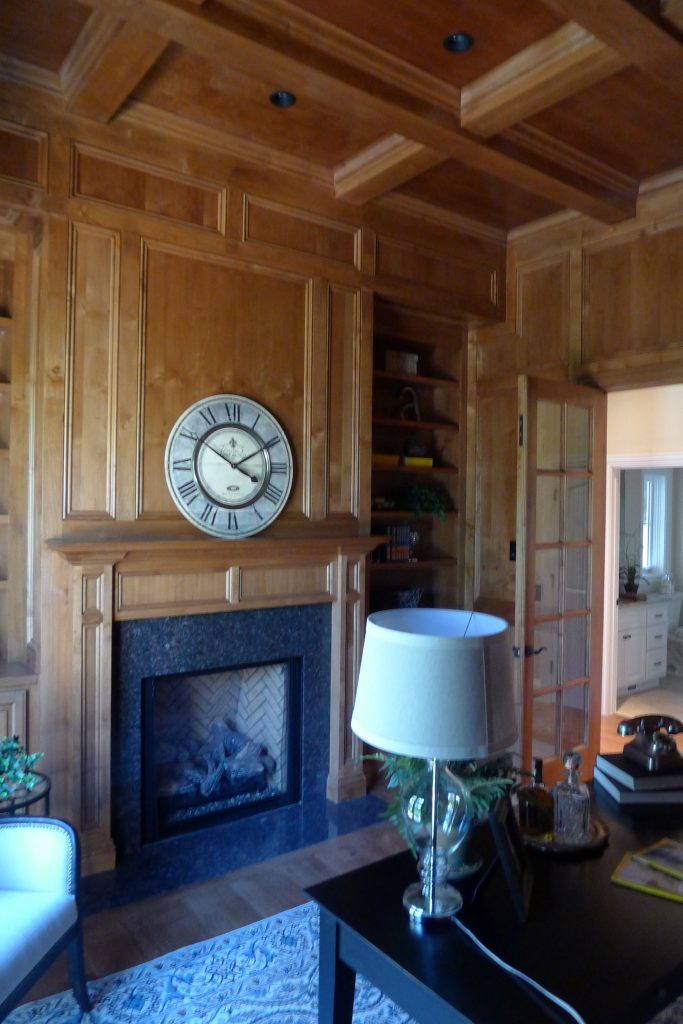 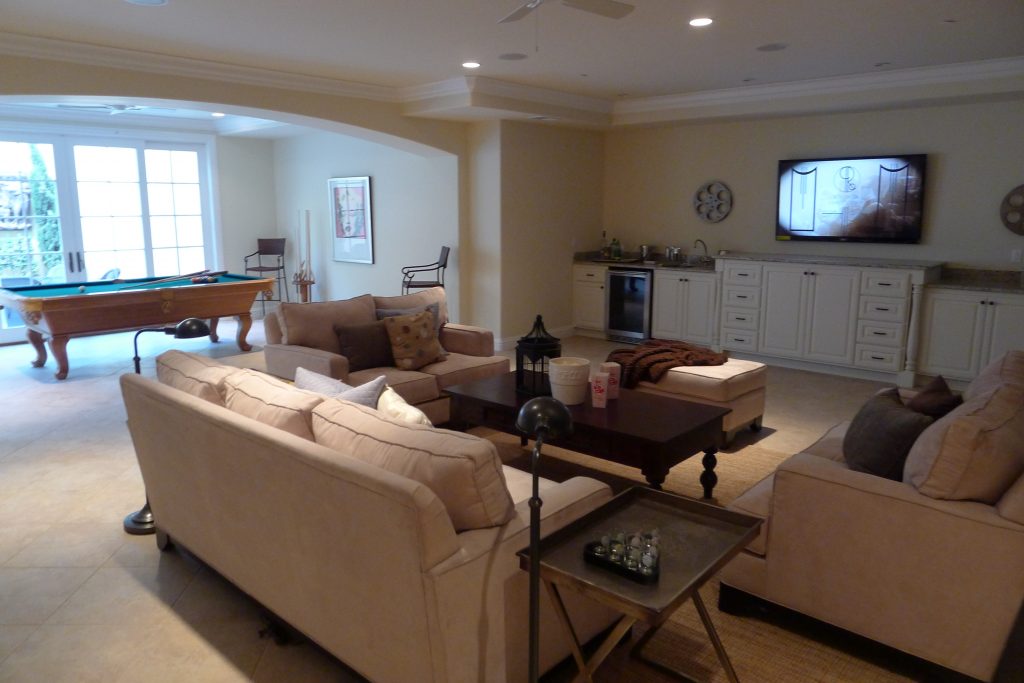