“The rain came, the streams rose, and the winds blew and beat against that house yet it did not fall, because it had foundations on the rock.” Matthew 7:25

While we’re not technically building on rock, we will have modern day rock, concrete, in thick liquid form, like a cold milkshake with big chocolate chunks, poured into these beautiful forms that Sean and his crew have been building for the past two weeks. Five truckloads, one right after the other, 45 yards or 182,000(!) pounds, total filling u-shaped channels for beams and retaining walls, up to 10’ high. We are on a hill with a seismic fault line only ¼ mile away, so as Jesus said, we would be foolish to build on anything else. We had hoped to find a foundation system that was a little easier on the earth; we even looked at some interesting floating space frames, but alas, our structural engineer and green building guru, Bruce King, agreed with Jesus, and said said no. We needed those 26 piers, 12’ deep, to anchor the house into the ground, with beams forming a grid to tie them all together and support our structure.

After discovering water about 12 feet deep when the piers were first being drilled, Joel Baldwin, our soils engineer insisted that the drilling, putting in steel reinforcing cages, and pouring concrete needed to happen simultaneously so that the holes did not collapse. Our contractor, American Clover Construction,  amazingly made all that happen two weeks ago, all in the space of a few hours. The only extra costs (besides the soils engineer’s time) were $555 as the three concrete trucks needed to be ready and waiting. Whew, first potential cost overrun crisis averted!

I told our contractor that I loved board formed concrete, where the concrete takes on the wood board size and texture that it is poured against, and that I couldn’t wait to see the final finish! Most of the boards were laid horizontally, but we have this special feature at our entry, a curved wall that will have a conical mosaic tile turret roof, and it required a curved concrete foundation, about 8 feet high. You obviously can’t curve a board with any structural thickness to it, so these are carefully laid vertically, using smaller members. See the steel rods poking out of the top? These will be bent 90 degrees and used as reinforcing in the curved, cantilevered slab that will form the entry walk. It’s easy to draw these complicated designs in our CAD programs as architects. It is amazing to me to see the skill and intelligence required to figure out how to build these walls, step by step. Thank God we are in good hands with Sean and Noel, and with Bruce as our engineer. 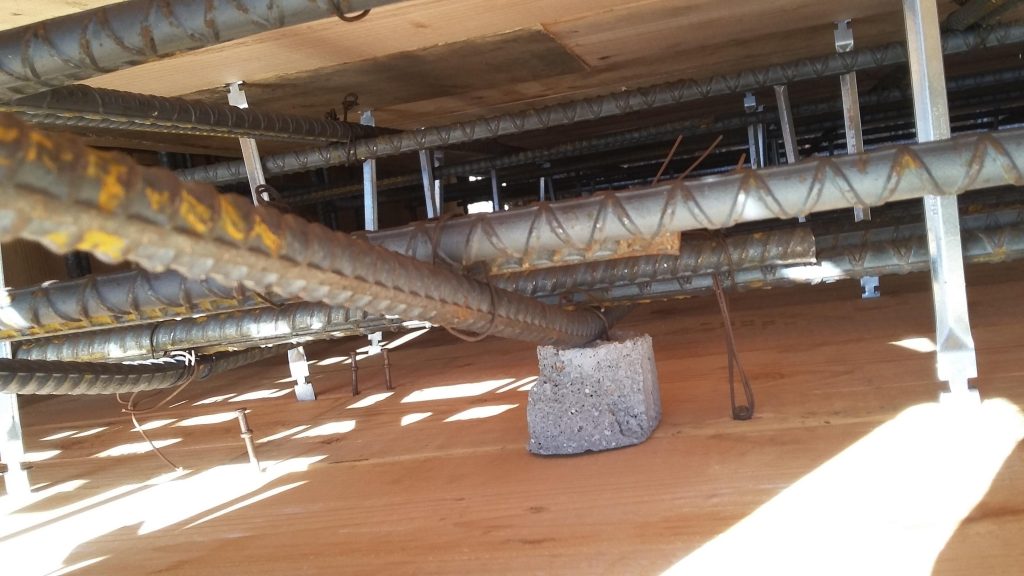 While concrete production and its installation are major contributors to global warming, there are some choices in the mix that can make it better or worse, and Bruce guided us to not use “high early strength” concrete for this reason.   Many large commercial concrete projects now involve adding fly ash or slag, waste by-products of burning coal and steel smelting, using material that would otherwise end up in landfill as part of the mix. This also helps to reduce the amount of carbon dioxide gases released as the concrete is curing (hardening to its full strength over time). The verdict is still out on any long term issues including potential health issues, and so we opted not to add that in the mix for our home and office, where we will be spending most of our days for many years to come.

There is some really interesting research being done  in California by Solidia to create a new type of concrete that not only does not produce carbon dioxide, but actually absorbs it from the atmosphere. Wow, what a promising idea that could really help reduce global warming! Bruce tells us it’s not quite ready to be used for structural concrete, but we are looking in to using it for the driveway and walkways around the house. Every little bit helps! As my favorite quote from Desmond Tutu says, “Do your little bit of good where you are; it’s those little bits of good put together that overwhelm the world.” 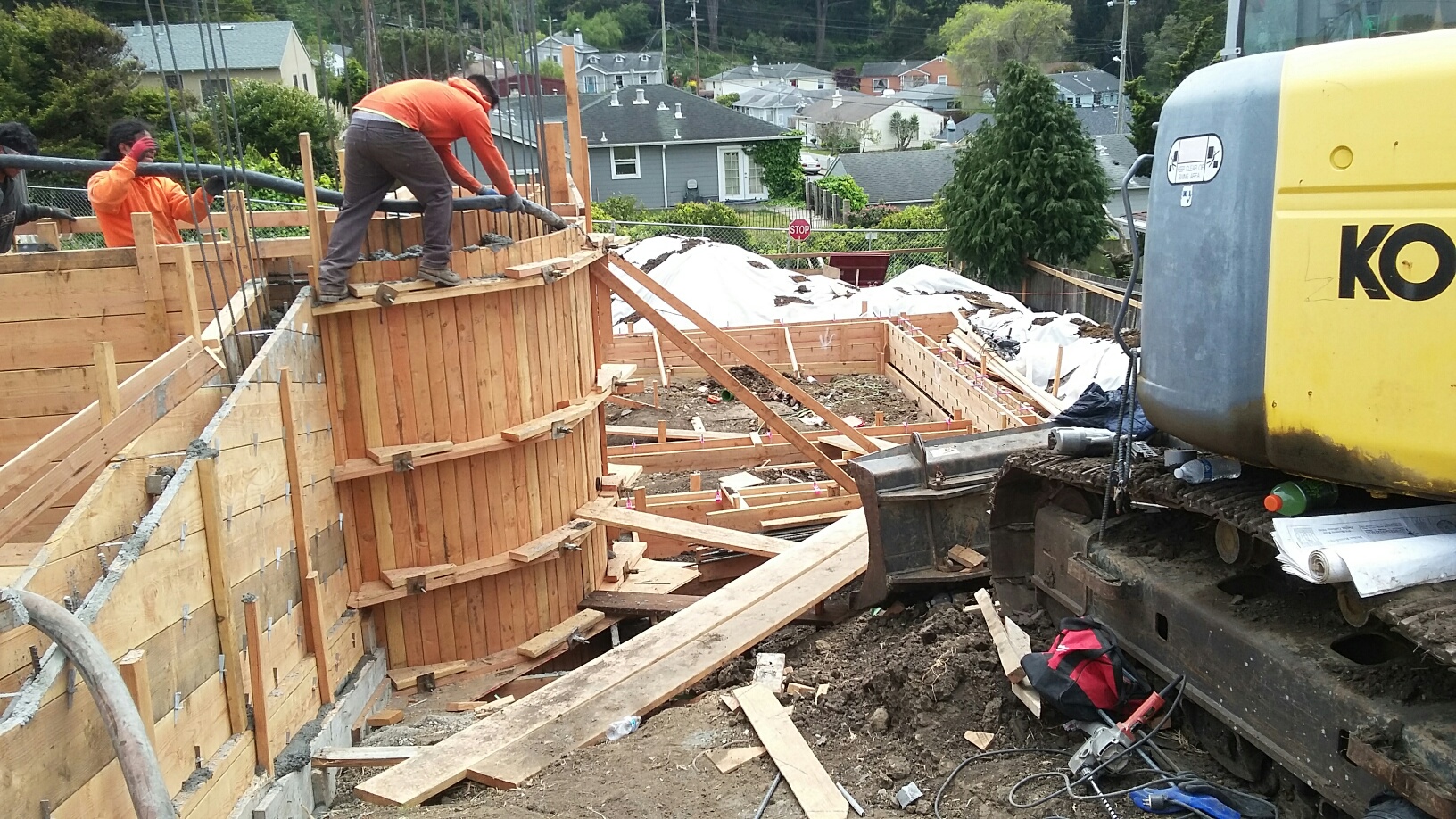